Story By: ERNIE SAXTON / SAMMONS PRODUCTIONS – ATLANTIC CITY, NJ – It isn’t often that a bad luck weekend is rewarded. But thanks to long time Indoor Auto Racing Series sponsor Dr. William Lowe, the 19 Three Quarter (TQ) Midget drivers from the January 4-5 races held in Allentown, PA who failed to make the A-Main either night will be given a special opportunity to do so at the next event at Atlantic City’s Boardwalk Hall.

The Allentown non-qualifiers will compete against one another in an added event to open the NAPA KNOW HOW weekend on Friday night. The winner of the Dr. Lowe Second Chance 15 will earn the last starting spot in the 17th running of the Gambler’s Classic on Saturday, January 26. As a side benefit, the race winner will receive $200 and all starters will receive added track time.

The lightning-fast TQ Midgets will headline NAPA KNOW HOW Weekend which is highlighted by Saturday night’s traditional 40-lap Gambler’s Classic feature event. The quick and agile Champ Karts and the unpredictable and rugged Slingshots will once again be part of the triple header.

Friday Night action will include the Dr. Lowe Second Chance 15 followed by four 20 lap A-Main Qualifiers for the TQ Midgets. Champ Karts and Slingshots will also compete in qualifying events.

On Saturday night, heat races for the TQ Midgets will be followed by B-Mains and feature events for the Slingshots and Champ Karts. The program will end with the 40 lap Gambler’s Classic.

The Atlantic City event will make up Round 3 of a five-race series for the Indoor Auto Racing Championship Fueled by VP Racing Fuels. Nazareth, PA’s Matt Janisch was the winner of Round 1 at Allentown, PA’s PPL Center and Cornelius, NC’s Ryan Flores – the 2018 Gambler’s Classic race winner – was the victor in Round 2, also at the PPL Center.

Indoor auto racing inside Atlantic City’s Boardwalk Hall dates back to the late 1930s. Indoor racing was revived for the first time in 1965 and continued through 1981 when, with the advent of casino gambling, racing ceased. Len Sammons brought the event back to life in 2003.

Following Atlantic City, the series will conclude inside the all-new New York State Fairgrounds Exposition Center in Syracuse, NY on March 8-9. Those tickets are expected to go on sale shortly. 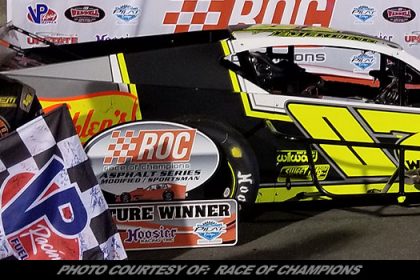