The American-Canadian Tour (ACT) and the Pro All Star Series (PASS) announced today they will visit the “Magic Mile” on Friday and Saturday, April 17 and 18, 2020 for the inaugural Northeast Classic.

ACT and PASS are partnering up as co-promoters of the extravaganza that features two of the region’s top touring series. The ACT Late Model Tour and PASS North Series are set for twin 75-lap main events. Both will be point-counting events that open the 2020 title chases for their respective series.

The event is ACT’s first visit to NHMS since the 2017 ACT Invitational. It will be the second-ever point-counting event for the series at the 1.058-mile speedway, joining the ACT All-Star Challenge in 2011. PASS returns to the Magic Mile for the second straight year and third time overall after running National Championship Series events in 2015 and 2019.

In addition to ACT and PASS, the Northeast Classic also includes open shows for Tour-type Modifieds and 8-cylinder Street Stocks. The Modifieds will have a 75-lap main event while the Street Stocks will go 40 laps. It adds up to a full afternoon of racing for fans of both full-fender and open-wheel action.

Friday, April 17 has been set as Practice Day for the Northeast Classic with racing on Saturday, April 18. The rain date will be Sunday, April 19. More details on all events will be announced soon.

“We’re beyond excited to return to NHMS,” ACT managing partner Cris Michaud said. “A few months ago, an event like this wasn’t even on our radar. But Tom Mayberry and the folks at NHMS worked with us to make it happen, and we’ve put something together that we think racers and fans will love. ACT had a great run at NHMS with the Invitational for nine years, and we’re happy to start a new chapter at this great racetrack.”

“We’re already looking forward to April,” PASS owner Tom Mayberry added. “A big event always gets a season started on the right foot. What bigger way to open our 2020 Northeast racing season than on the biggest stage in the region? We’re glad to be working with ACT and NHMS on this event and aim to make it a new annual tradition for racers from Connecticut to Quebec.” 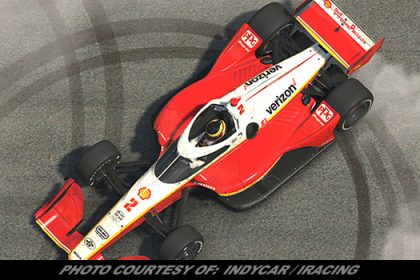