The three-time NASCAR Cup Series champion and 2020 NASCAR Hall of Fame inductee will headline the inaugural Xfinity Series event on Indianapolis’ 2.439-mile, 14-turn road course, with the 62-lap race serving as Stewart’s 28th overall start at the Brickyard but his first in the Xfinity Series. Stewart has competed in 18 Brickyard 400s, five Indianapolis 500s and four IROC Series races. Stewart is a two-time Brickyard 400 winner (2005 and 2007) and a member of the Indianapolis Motor Speedway Hall of Fame.

“Everyone knows what Indy means to me, so I can’t think of a better place to race on Fourth of July weekend,” said Stewart, who grew up 45 minutes from Indianapolis in the towns of Columbus and Rushville, Indiana. “It’s going to be cool making history by turning left and right in a stock car at the Brickyard, and the racing will be full of action and contact. Any time you can drive any racecar at the speedway is special, and you know I’m going for the win. The date is already circled on my calendar.”

The road course at Indianapolis has hosted INDYCAR, Formula One, sports cars and even MotoGP, but never NASCAR. And while Stewart is no stranger to Indianapolis, be it in open-wheel Indy cars or full-bodied stock cars, he has never driven the road course in any type of racecar. But Stewart has proven to be prolific when turning left and right. He has eight road-course wins in the NASCAR Cup Series, including his 49th and final career victory in 2016 at Sonoma (Calif.) Raceway. Stewart is second to only Jeff Gordon for the most road-course wins in the NASCAR Cup Series with a tally that includes Sonoma in 2001, 2005 and 2016 and Watkins Glen (N.Y.) International in 2002, 2004, 2005, 2007 and 2009.

Outside of the NASCAR Cup Series, Stewart has a road-course win in IROC and a near win in the prestigious Rolex 24 At Daytona. Stewart won Round III of IROC XXX on the Daytona (Fla.) International Speedway road course en route to the 2006 series championship. He also competed in the prestigious Rolex 24 At Daytona five times, with a best finish of third in 2005 with co-drivers Jan Lammers and Andy Wallace. Stewart nearly won the 2004 Rolex 24 At Daytona, where with co-drivers Wallace and Dale Earnhardt Jr., they led 355 of the 526 laps available and had a commanding five-lap advantage before mechanical problems less than 20 minutes short of the finish ended their shot at victory and placed them a disappointing fourth.

Stewart’s most recent road-course outing came in a demonstration run last October at Circuit of the Americas (COTA) in Austin, Texas. He took an SHR-prepared Ford Mustang specially outfitted with a passenger seat around the 3.426-mile, 20-turn layout and showed Haas F1 Team drivers Romain Grosjean and Kevin Magnussen how to wheel a 3,200-pound racecar around America’s only purpose-built Formula One track.

“It was a lot of fun for me to get in one of our Ford Mustangs and do that exhibition run at COTA,” Stewart said. “It kind of got my juices flowing to get back in a car again, and what better place to come back than Indianapolis Motor Speedway.”

“People sometimes say, ‘We miss seeing you behind the wheel,” and I’m like, ‘Well, you’ve just got to go to different places now’,” said Stewart, who has collected 23 wins in an assortment of sprint car races since retiring as a full-time NASCAR driver at the end of the 2016 season. “I’m racing 100 times a year in a sprint car, but seeing some of these road-course races – especially the Roval at Charlotte – piqued my interest a bit, and running the stock car at COTA, it kind of fed my hunger. All of it has led me back to the place I’ve always called home – Indy.”

Details regarding Stewart’s car number, crew and primary partner will be announced closer to the race. 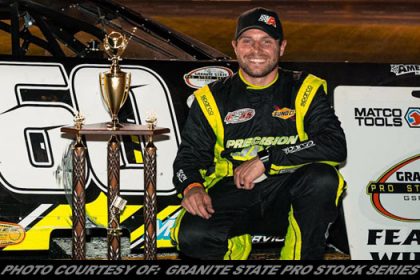 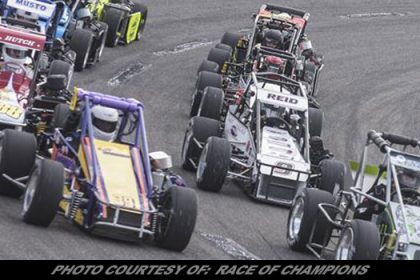