Updated Story By: CHAD OFIARA / HALMAR FRIESEN RACING – STATESVILLE, NC – After the announcement of Christopher Bell filling in for Stewart Friesen at Kansas, and communication with officials at NASCAR, the parties involved were made aware that according to the NASCAR rule book, Bell would not be eligible to compete in the upcoming NGROTS event without switching points for the 2020 season. 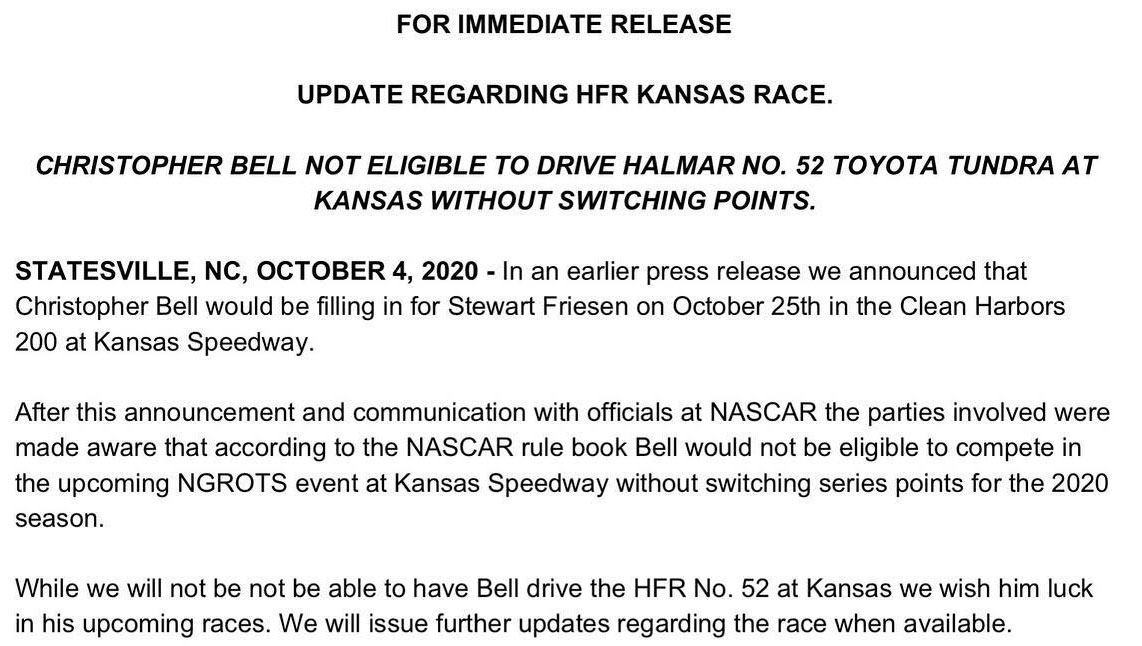 Christopher Bell will step in and pilot the No. 52 Halmar Racing To Beat Hunger Toyota Tundra.  Friesen will return to the No. 52 on October 25th at Texas Motor Speedway for the SpeedCash.com 400.